The PeeWee AA Major team had a heck of a comeback win to end the season as CHL Champions!

Carolina Eagles PeeWee AA Major was in Charlotte this weekend for the Carolinas Hockey League Ryan D. Sobiech Memorial Tournament.  After finishing the round robin with a 1-0-2 record, besting the Charleston Jr. Stingrays 4-3, and tying the Carolina Jr. Hurricanes 2-2, and Charlotte Rush 5-5, the Eagles advanced to the finals.

In a crazy back and forth 8-7 game, the Eagles were victorious over the Jr. Hurricanes.  Alternate Captain Jacob Winter earned a hat trick, Drew Briganti tied the game at 7 and Alternate Captain Cooper Jacobson scored the game winner. Jordan Snyder also recorded a goal.

This comes after an amazing season where the Eagles had a record of 36-15-6, played in 8 states and Canada, and were ranked 112 out of more than 1,400 Tier 2 teams nationwide. 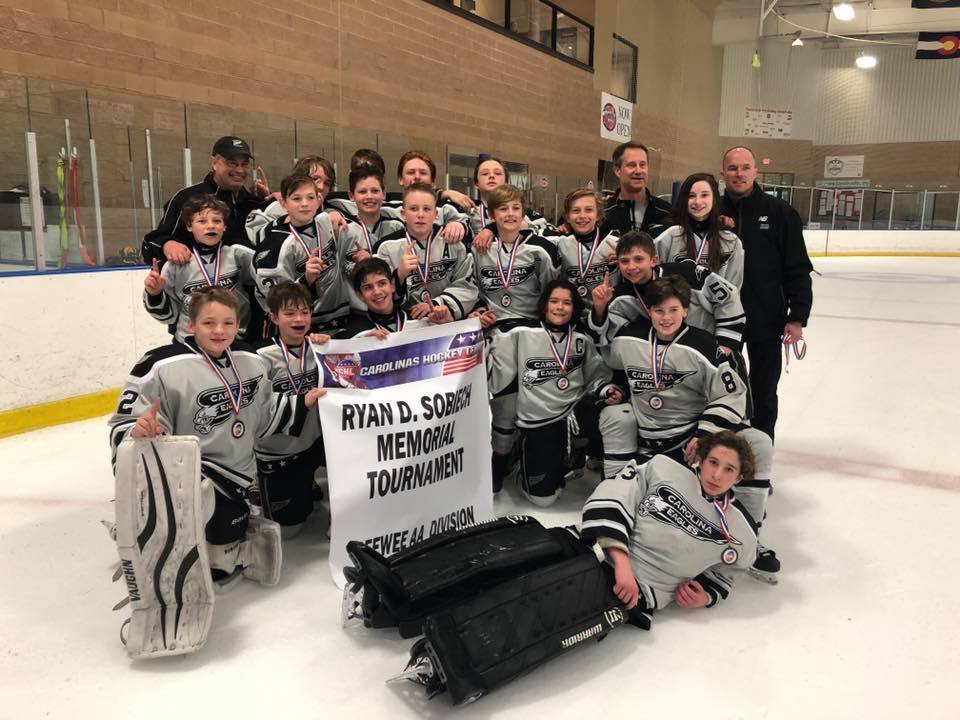